Privately and through retreats, in the US and Bali, I use curiosity and experiments to help my clients experience new ways of being and get the results they want.

During one of my retreats in Bali, I kept hearing during my meditations “Above all else, who we are being determines our results.” While I had been working from that belief for over a decade, it immediately became my primary focus, to help my clients be aware of who they are being and have the tools to BE the person who could create the fulfillment they wanted.  And it works fantastically.

My clients are generally powerful thinkers who are committed to and have tried many ways to create a life of fulfillment and ease yet have not quite figured out how. They often express that they are on the treadmill or in some cycle they can’t get out of. I give them tools to pay attention to, shift their foundation, get clear on their intentions and create their lives and businesses on their own terms. My clients experience more ease, joy, fulfillment and success as a result of ever growing curiosity and experimenting with their own states of being.

My degree is in Recreation Therapy. When I was 25 years old I started working in executive leadership. Since then, I have been an executive leader, consultant, coach, author, yoga teacher, experimenter and student. I love learning and sharing what has worked with my clients. Jeff and I have been together for 7 super fun years and enjoy being outdoors hiking and playing with our buddy Ed.

Find more about me HERE.

Ed was found running down the street and picked up by the SPCA. Luckily we swooped him up in a moment of insanity and added another family member.

Ed has been instrumental in Kelly’s growth in the areas of playfulness, goofiness and presence.

Everybody loves Ed … and that’s really no exaggeration. He has quite a presence and we hope you’ll get to know him too.

At one point in my life, I was joyfully exercising 8-10 hours a day (surfing, weightlifting, mountain biking and yoga). I had two amazing and beautiful school-age daughters, a successful business, big house, fancy cars and a healthy income. Although I was living the American dream and incredibly fit, I was still feeling stressed and overwhelmed. I was unhappy, disgruntled, and longing for something different. I felt like I was in the wrong place, doing the wrong thing and that there was something else out there. The only consistent and constant joy in my life was spending time with my daughters.

In the spring of 2005, I spent a week at a meditation retreat. Seven months later, I sold the business I built over 27 years, unloaded the vast majority of my possessions, became a yoga instructor, spent an intense month of yoga and bodywork training in Costa Rica and started a four year alternative medicine program at the Barbara Brennan School of Healing.

In late 2010, I moved from Southern California to Central Oregon with my sweetheart, Kelly, and began working on a new modality from the premise “What if everything I believe is wrong?”

I am the author of The Discomfort of Happiness, Mastering the Art of Vitality, available on Amazon. 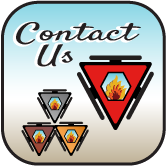